BNR Newsradio: A SWARM OF DUTCH ROBOTS AS TRAFFIC CONTROLLERS ON THE MOON 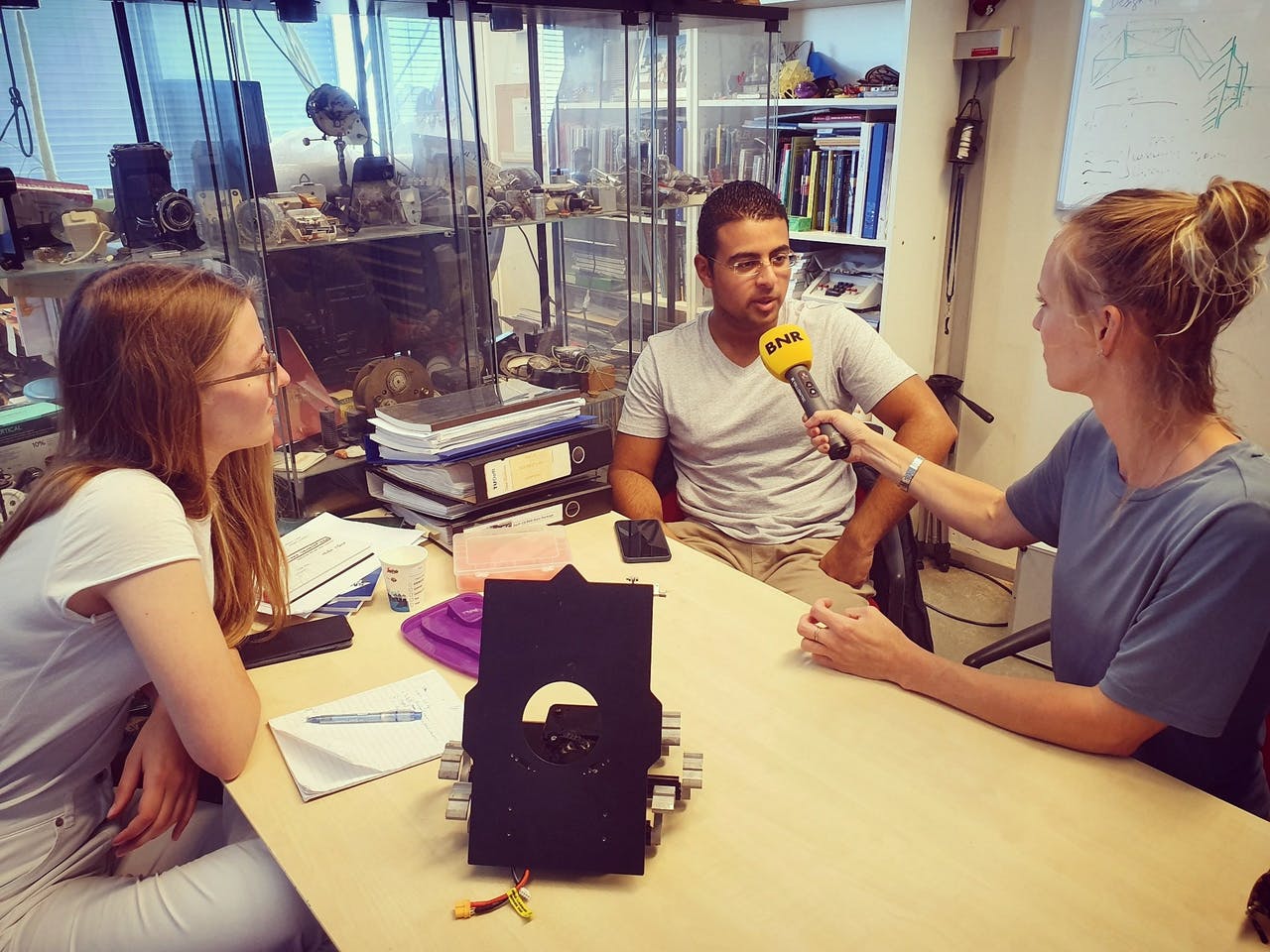 In this you can hear Chris Verhoeven, Saviër Atya and Claudia Sweerts from the Lunar Zebro Team. This audio file is in dutch.

“THAT’S ONE SMALL STEP FOR (A) MAN, ONE GIANT LEAP FOR MANKIND.”

On the occasion of 50 Years of Apollo’s Moon landing, Lunar Zebro members; Chris Verhoeven, Saviër Atya and Claudia Sweerts had the pleasure to talk about our own “walking rover” mission with BNR Newsradio. Savier and Claudia talk about what a typical day of a student is in the team and what makes Lunar Zebro stand out among all the other past, present and future lunar rovers. Chris Verhoeven explains the origin of the project and its long-term use on the Moon. To find out more, tune in to the podcast!

About BNR Newsradio:
BNR Newsradio is the only all-news radio station in Netherlands. You can listen to the latest news in the field of tech, work, entrepreneurship, economy and business.

About Lunar Zebro:
Started in 2017, the project aims to put the first ever rover designed and built entirely by students on the Moon by 2022. The rover will have a mass of less than 2 kg and piggyback on a lander to demonstrate its unique locomotion method and miniaturization technologies which it inherits from Delft University of Technology’s nano satellites’ missions.