After traveling over 380,000 kilometres, the orbiter and lander will arrive at the Moon in approximately 15 to 30 Earth Days.

This incredible journey will be completed in three phases: launch, transit, and landing. After being launched to Low Earth Orbit (LEO), the rover and lunar orbiter will be hurdling through space at 39,000 km/h. After taking several highly elliptical orbital boosts around Earth, the orbiter will carry the lander to trans-lunar orbit. Eventually, it will park itself in lunar circular orbit at approximately 100 km altitude.

Then, the orbiter will decide where to deploy the lander from various pre-chosen landing sites at the South Pole and release the lander. The lander will use on-board navigation software to guide itself safely onto the lunar surface and wait for couple of hours for the fine moon dust to settle. Once the doors are open, the primary rover is the first one to be deployed and a few hours later our Zebro will follow. The first tasks will be to report back to Earth about the arrival and to walk out of the lander’s shadow to charge the batteries to full capacity.

Once the rover has completed its primary mission, it will cover as much distance as possible from the lander to test the durability of its systems. 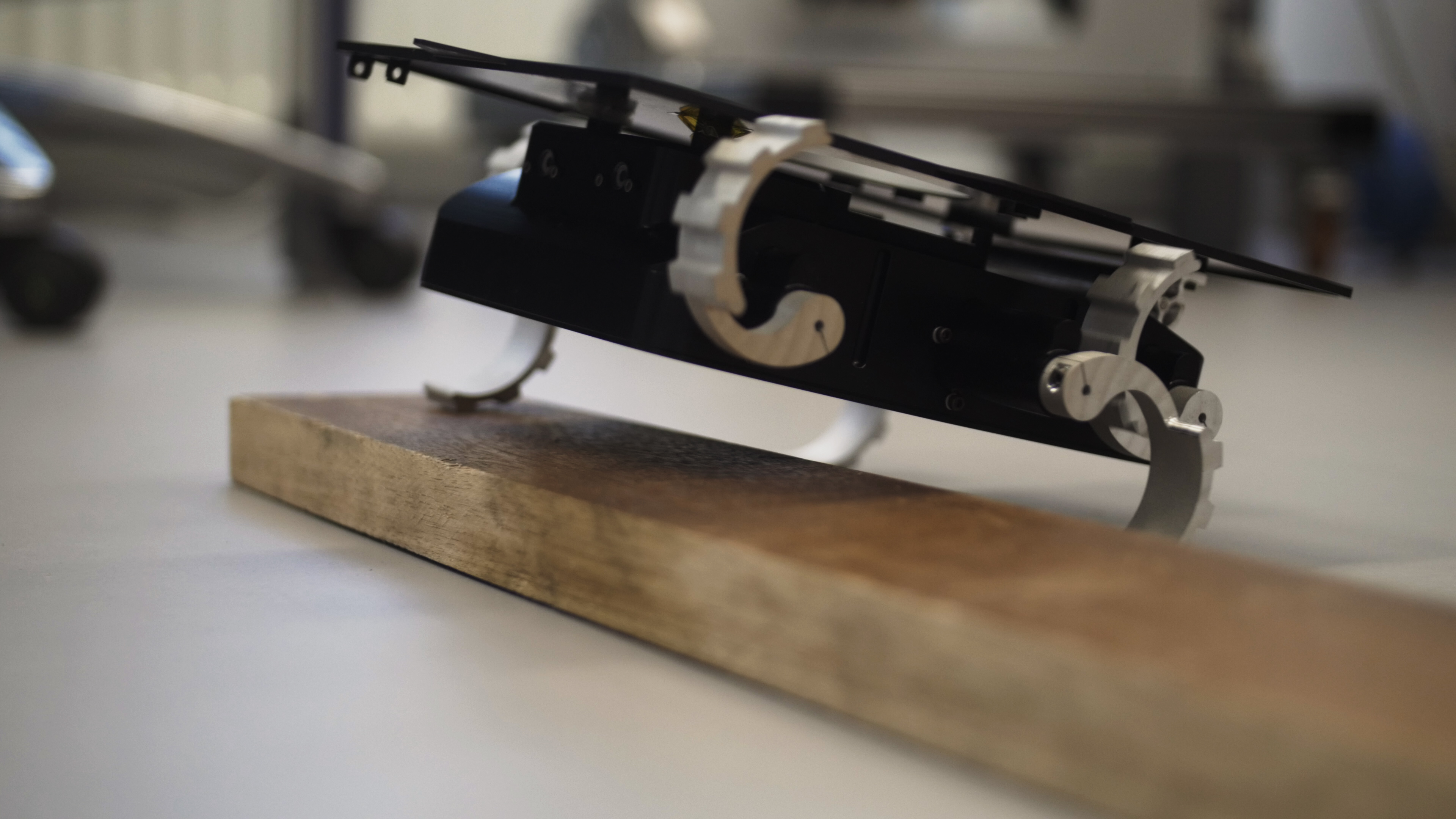 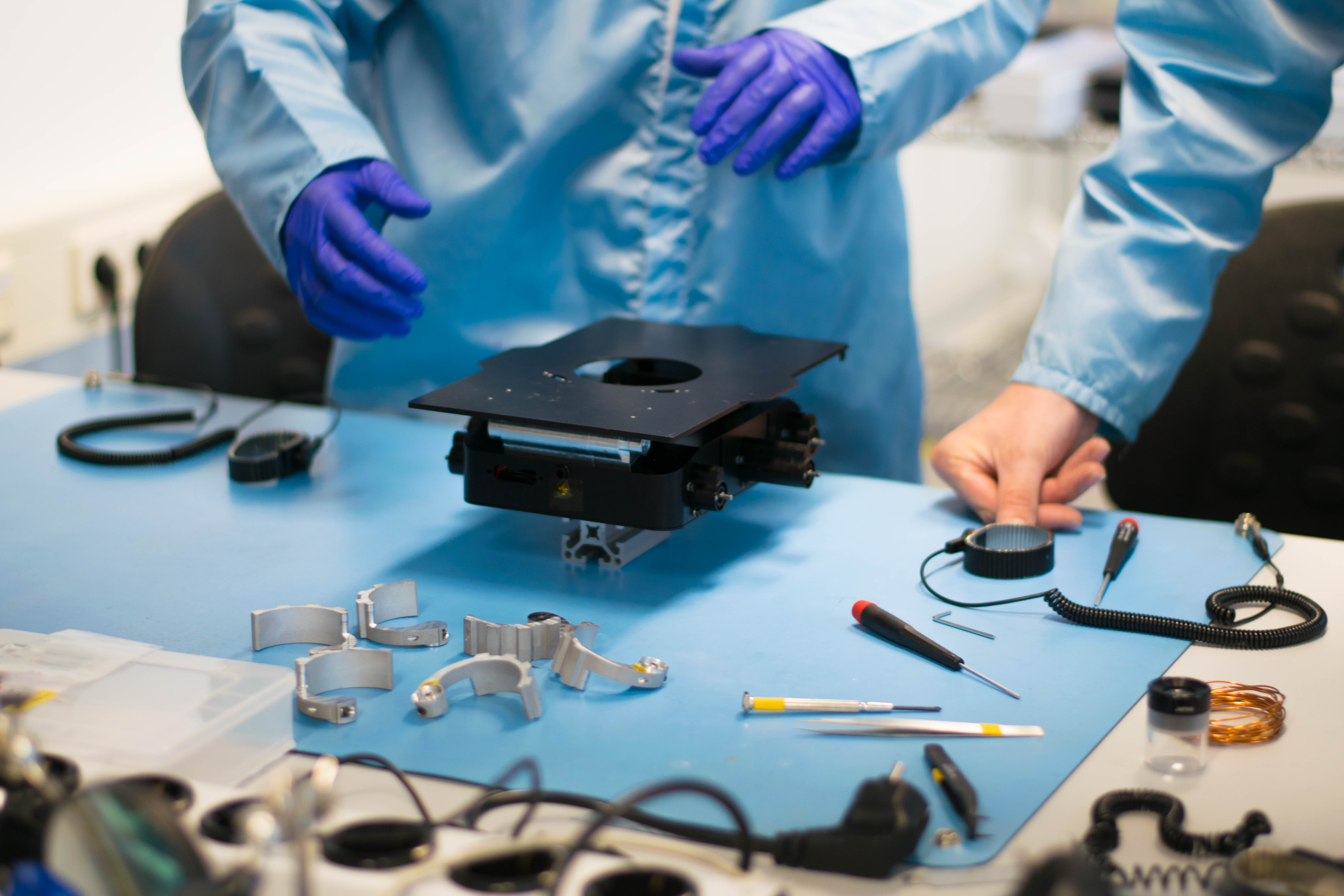 The Lunar Zebro project is a first-of-its-kind university project. The team has introduced simplicity via ground-breaking innovation in every detail.

The rover’s hull is built around two main parts. Therefore, the design is not only robust, but also easy to assemble. The legs are asymmetrically aligned on each side of the rover, which maximises stability while retaining compactness. Internally, a single motherboard connects all subsystems to each other, reducing part count and mass. The Zebro’s distinctive Antenna Deployment System (ADS) is attached to the solar panel, which points the antenna up independently of the angle of the panel, so that the direct communication to Earth is uninterrupted.

The rover is comprised of six-leg modules. These provide the perfect balance between grip and resistance to sinking. Each leg is powered by a space-grade motor which is encased in a bushing along with a temperature and hall sensor. Each module is independently operated by the onboard computer and has reflex control built into every module. This low-level reflex behaviour allows a module to protect itself from overheating, and overcurrent and adapt to terrain independently of each other to maximize the survivability of the rover and overcome obstacles of its own height with ease.

The leg design is based on the RHex project’s research.

The navigation module is composed of two components, the camera and obstacle avoidance algorithm. The camera, also known as SHRIMP (Small High-Resolution Independent Modular Photographer), is an in-house stereo camera system with a mass of less than 3 grams. The camera takes photos and can record short videos. Its subsystem also has 6-axis IMUs (Initial Measurement Unit) and the real power lies in the obstacle avoidance algorithm which can detect an obstacle at 2 meter distance. In response, the rover can take necessary actions to avoid the rock if it’s bigger than its own leg height and guide it back to its initial path plan.

The C&DH module is the brain of the rover. It consists of two On-Board Computers (OBC) and two memory modules. It controls all the modules at a higher level and checks for incoming signals, stores flight data in both the memory modules (one as backup) and manages the mission’s primary modes to ensure the rover carries out its mission without risking itself. The OBC also controls the rover’s internal temperature and helps to decide and command the individual locomotion modules what to do.

The power system of the rover is divided into four major subsystems; power collector (solar panels), conversion (BMS), storage (batteries), and distribution (PDS). There are 12 space-grade solar cells mounted on a deployable panel on top of the rover to pinpoint the sun and face perpendicular to the incoming rays, maximizing energy collecting capacity at any given time. The Battery Management System (BMS), an in-house built subsystem, measures charge level and ensures the batteries are charged at the right voltage and current levels. It takes approximately three hours for the four batteries to fully charge. During charging operations, the rover does not ‘walk’ or carry out any non-critical tasks. As the name suggests, the Power Distribution System (PDS) regulates and distributes the various levels of power from the batteries to meet different demands of the subsystems like camera and motors while also protecting the components from surge and electrostatic charge.

Designing a direct communications system was a challenge as the shoe-boxed rover is very close to the ground and with no relay system between Moon and Earth, the rover is not able to transmit a powerful signal. For this reason, we built a custom mother communications board and power amplifier board, which helps boost the signal enough for the data to reach one of our ground stations. The monopole antenna is clamped to a four-bar Antenna Deployment System (ADS) at the same plane as the solar panel. The simple, yet unique ADS support mechanics help to keep the antenna perpendicular to the ground at all times, no matter at what angle the solar panel is. This allows the rover to maintain a direct and continuous connection with Earth and beacon its housekeeping data.

The chassis of the rover has a monoque design, with one uniform hull and one bottom plate. The chassis provides housing for all components and payload while also protecting them from the harsh trans-lunar journey and lunar environment, especially the fine dust. The hull is anodized in space grade MLI coating, keeping the internal components safe from harmful radiations. The coating also allows for absorbing and radiating heat at a safe rate and prevent sharp and abrasive lunar dust from weakening the structure over its mission lifespan.

A trip to the moon is as rare as they come. But this decade has seen a revolution, where government and private sectors are not shying away from thinking big and helping to grow a niche market in the aerospace industry with in-situ resource utilization (ISRU) concepts taking the center stage. These mission concepts keep scientific studies as the driving force for their initial phases.

We are no different!

The specially designed legs and locomotion algorithm can help remove the upper layers of the lunar surface and via its camera system, the Zebro can collect information on how the depth of lunar regolith changes from one point to another. 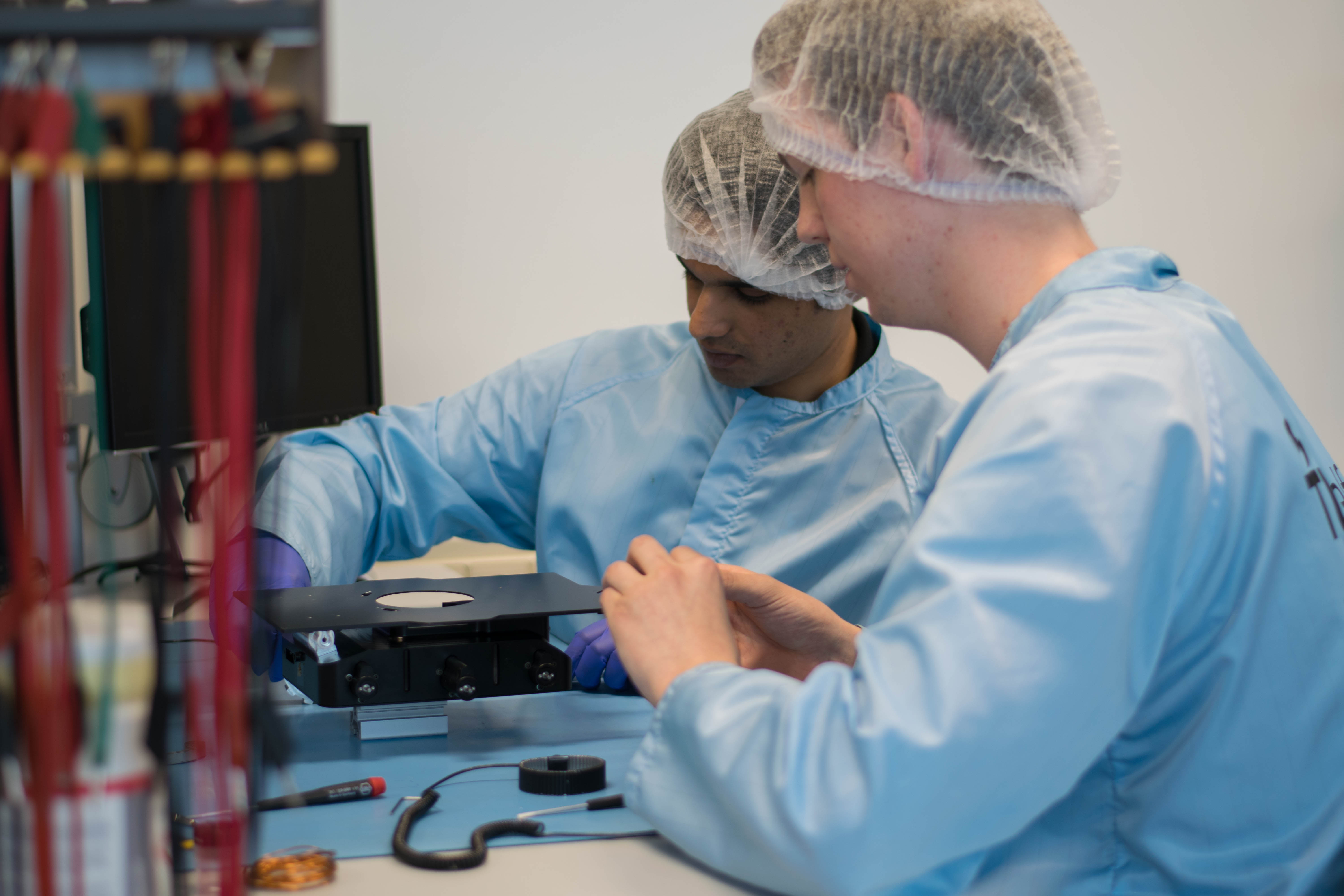 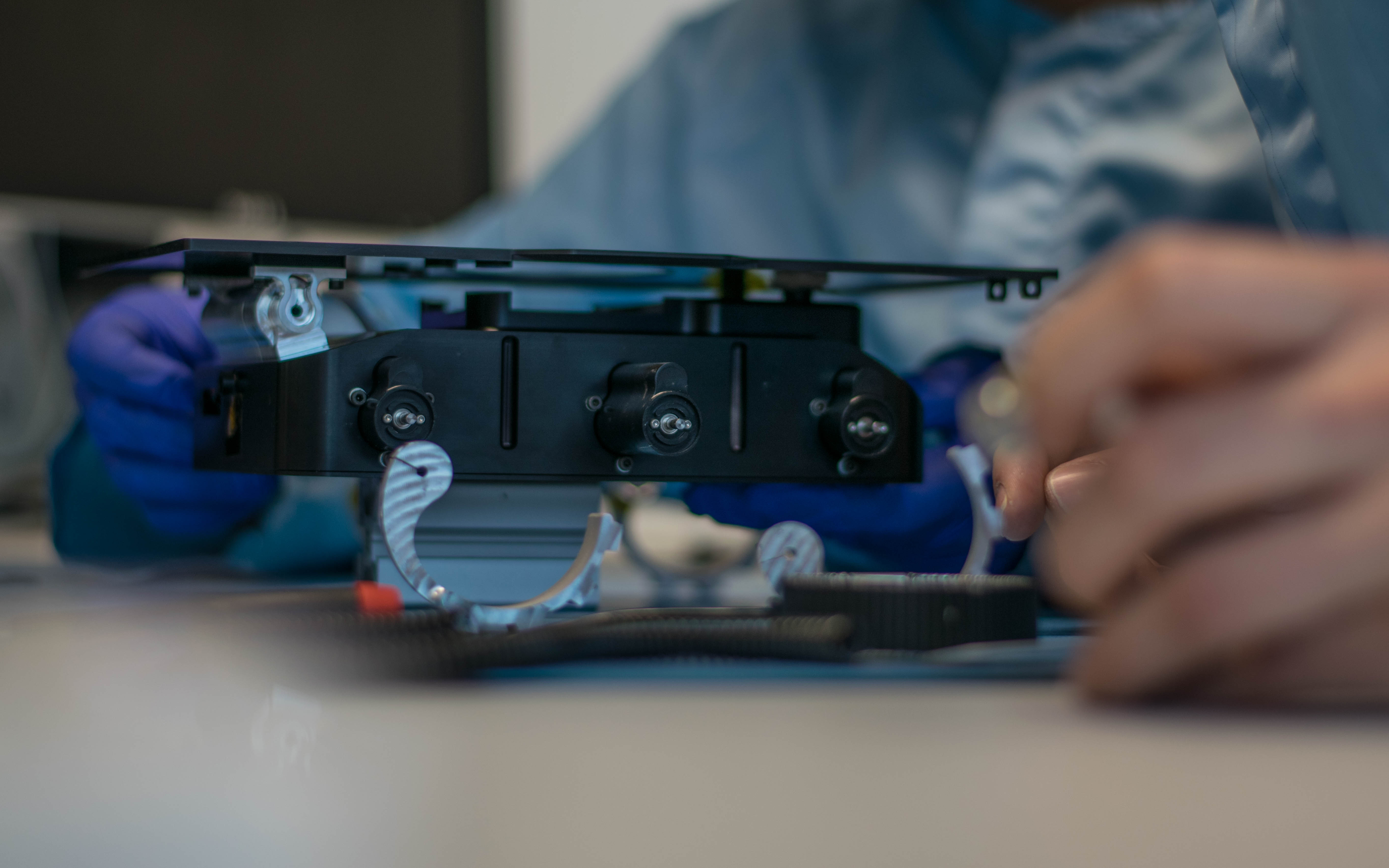 Development of a modular and miniaturised rover for the lunar environment.

Test new optical based obstacle detection software and autonomously guide the rover away from obstructions back to its pre-planned path.

Demonstrate and test the unique C-shaped leg design, material and durability in the rough and harsh terrain of the moon.

The most important overall goal, for TU Delft and its partners, is to provide hands-on education and training for students on a real lunar mission and facilitate students with a cutting-edge technology space project. This enables the students to become exceptional engineers and participate in more challenging missions.

Delft University of Technology sees the Lunar Zebro project as a stepping stone to more ambitious projects with current and future industry and institutional partners. Some of the projects that show potential are on the roadmap of various space agencies around the world: 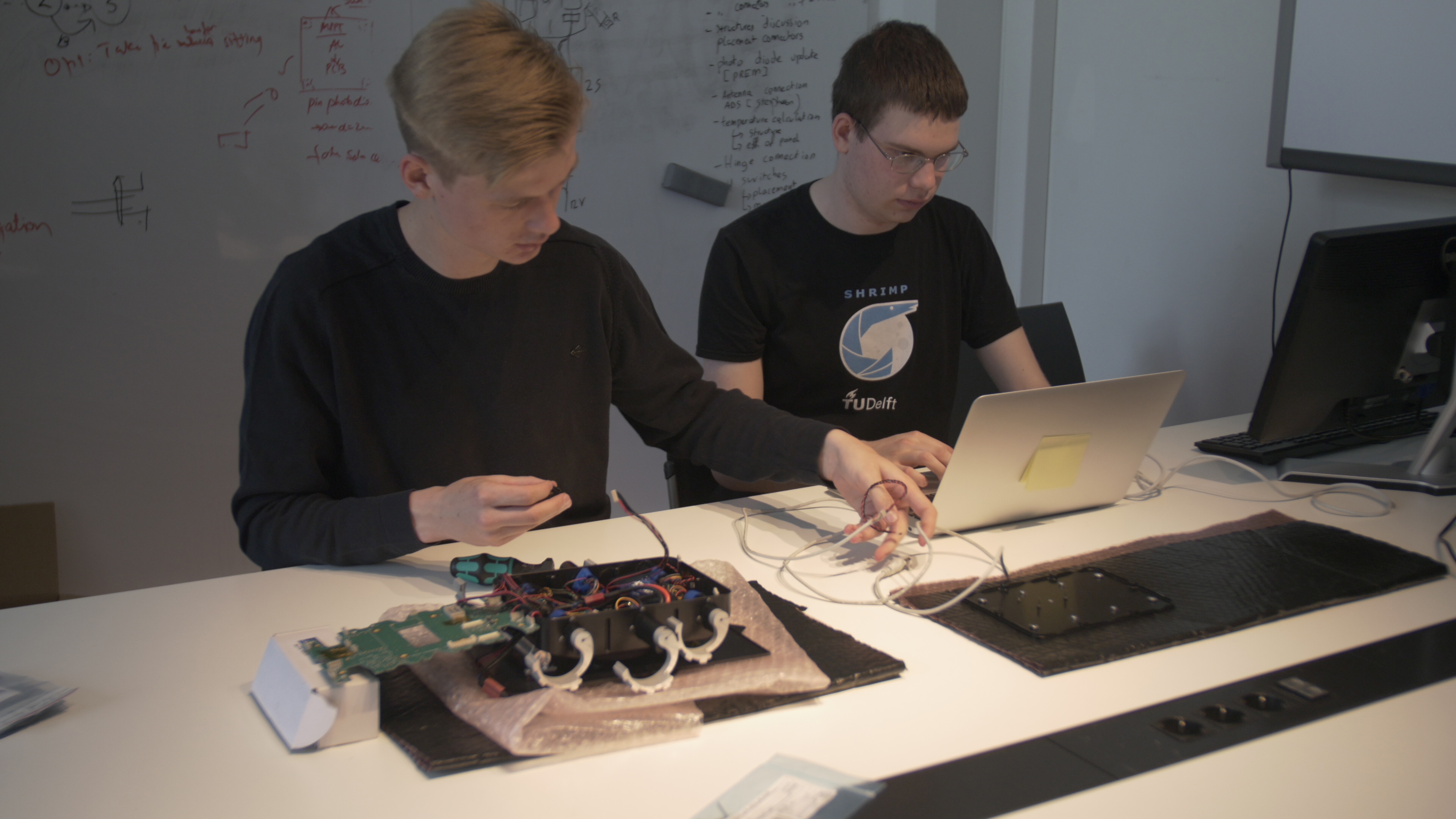 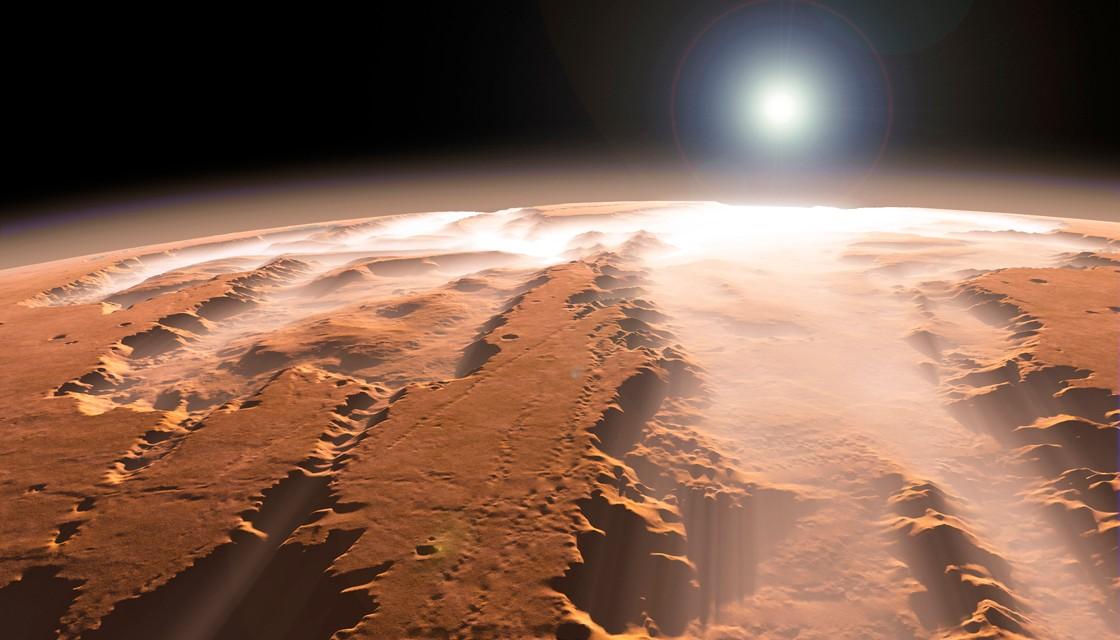 The next stop would be the Red Planet. As young engineers we love the enthusiasm and effort the private companies are putting in. Zebro can provide crucial topological survey of various landing spots and assist the first humans on Mars to explore for projects like Mars City from SpaceX.

Drones are the most recent machines to have implemented swarming, but imagine if we let rover swarms leverage similar parallelism to map hundreds of square kilometres on other planets in a matter of months, being able to get into even the riskiest places thanks to the inherent redundancy.

Given that the Lunar Zebro is the smallest and lightest rover ever, we look forward to scaling down the design even further to accommodate different types of on-board payloads on future interplanetary missions.

The Moon’s far side is the quietest radio location near Earth, where cosmic signals could be recorded without any man-made interference. Combined with swarming, we could provide the mobility solution needed to make an array of approximately 7000 antennas which is adaptive and robust.