Lunar Zebro visits a piece of mars in the Netherlands 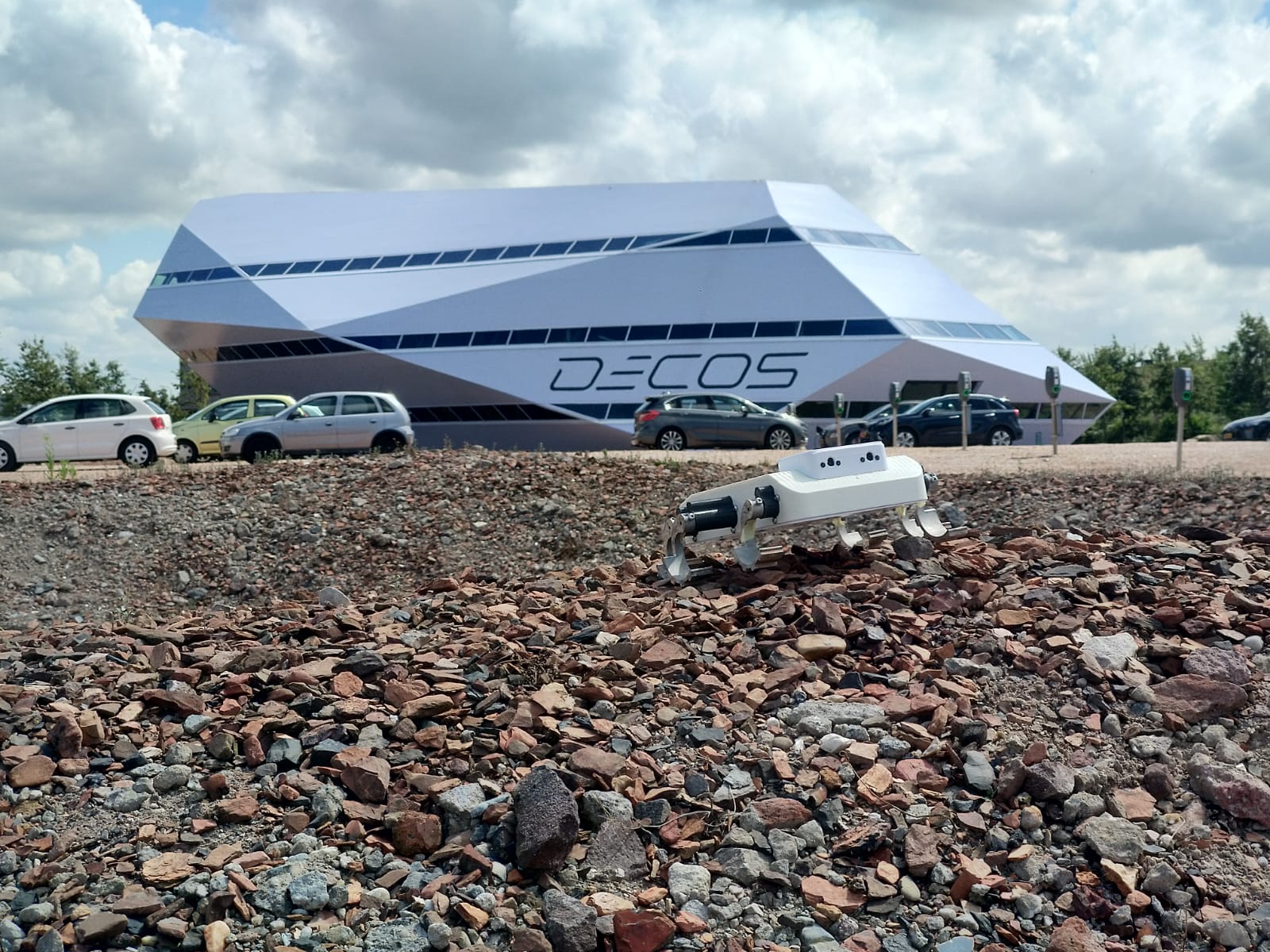 There’s something strange but exciting going on in Noordwijk, the Netherlands. There is a bit of Mars on planet Earth over there! CEO Paul Veger of software company, Decos, is a space enthusiast and built a beautiful office building with an extra-terrestrial-looking backyard for his company. And before you believe this Martian look is purely cosmetic, the Decos Mars Yard is filled with many rocks, grainy surfaces, and craters to closely resemble the terrain on Mars, which is actively being used to test robots! 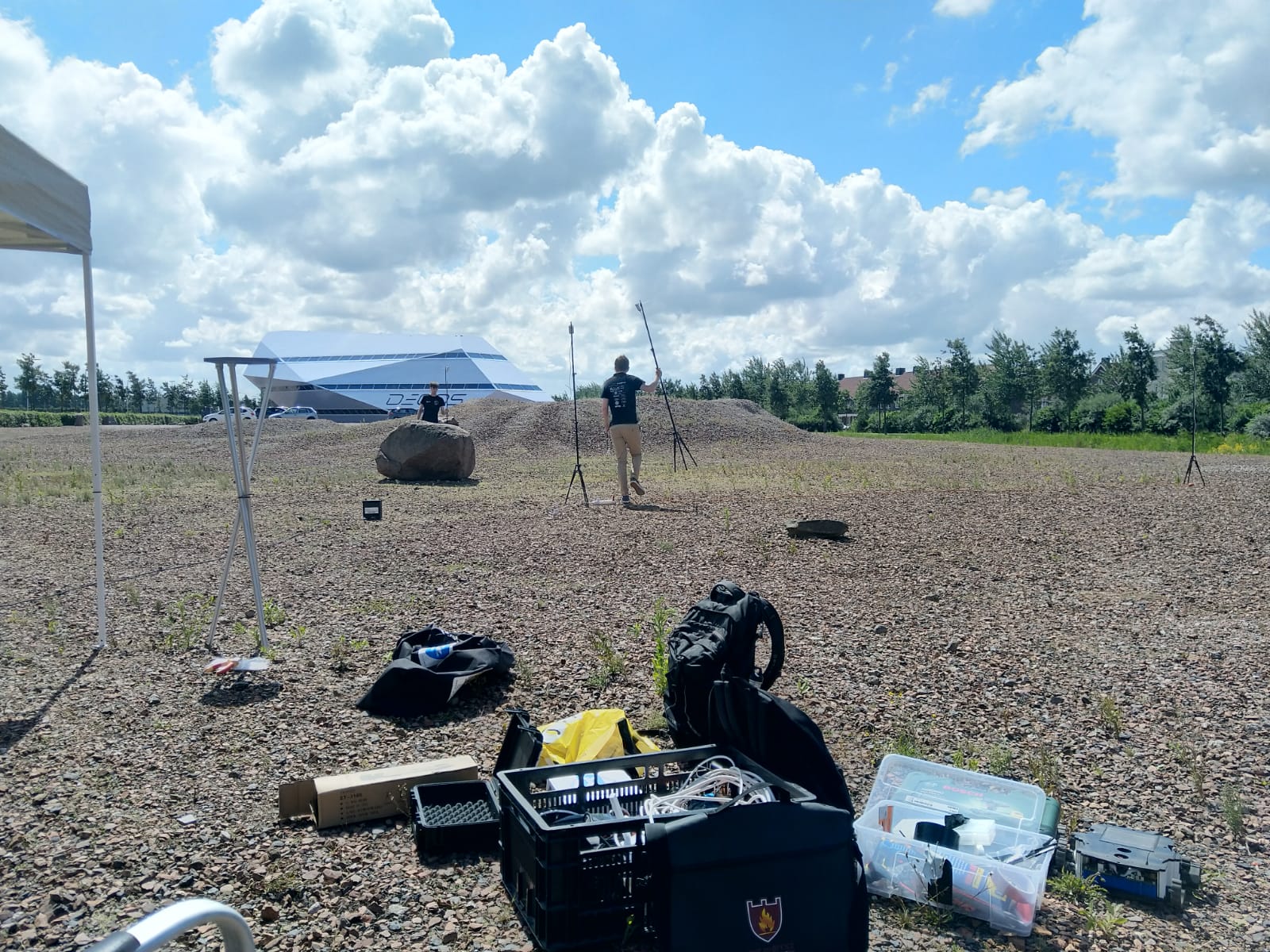 Setting up the PinXact localization system.

On the 21st and 23rd of July 2020, the Lunar Zebro team had the opportunity to conduct a few analogue tests in Decos’s backyard. For these tests, a 3d printed Lunar Zebro prototype, named 3D Zebro, was built and welcomed by the team as a new addition to the Zebro robot family.

The goals of this  mission were to test a newly developed locomotion software  to gather data to improve the rover’s stereo vision obstacle detection system. To gather adequate data for the obstacle detection system of the rover. The rover should be able to walk without experiencing significant issues. According to Ahmed (Lead Structures), the Lunar Zebro C-shaped legs performed well during the tests. The rover was able to step forward and turn left and right as planned, but issues arrived when the Zebro tried to climb steep obstacles like craters.

It should go without saying that a semi-autonomous rover needs to be able to detect obstacles, like craters and giant rocks, while traversing on the Moon. That is where the stereo vision obstacle detection system, developed by Stijn (Chief Engineer Analogue Missions), comes in to play. The 3D Zebro was put to the test by having the robot do various tasks. This included actions like walking over obstacles, avoiding obstacles and more.

To gather data on these tests, the rover’s real-time position was recorded by a external localization system developed by Lunar Zebro project partner, PinXact! The localization system uses four tall anchors, placed in a square formation, and portable tags placed on rocks and in the Zebro. These anchors and tags send out and receive signals from each other. By measuring the difference in time arrival of these signals, a real-time map of the robot’s location and behavior can be recorded.

It is not easy to find terrain here on Earth that closely resembles that of Mars and the Moon. But to move forward with designing the world’s first student lunar rover, similair tests need to be done to demonstrate the rover’s performance. The Lunar Zebro team would like to thank Decos for their support and our project partner PinXact for helping us with their expertise. 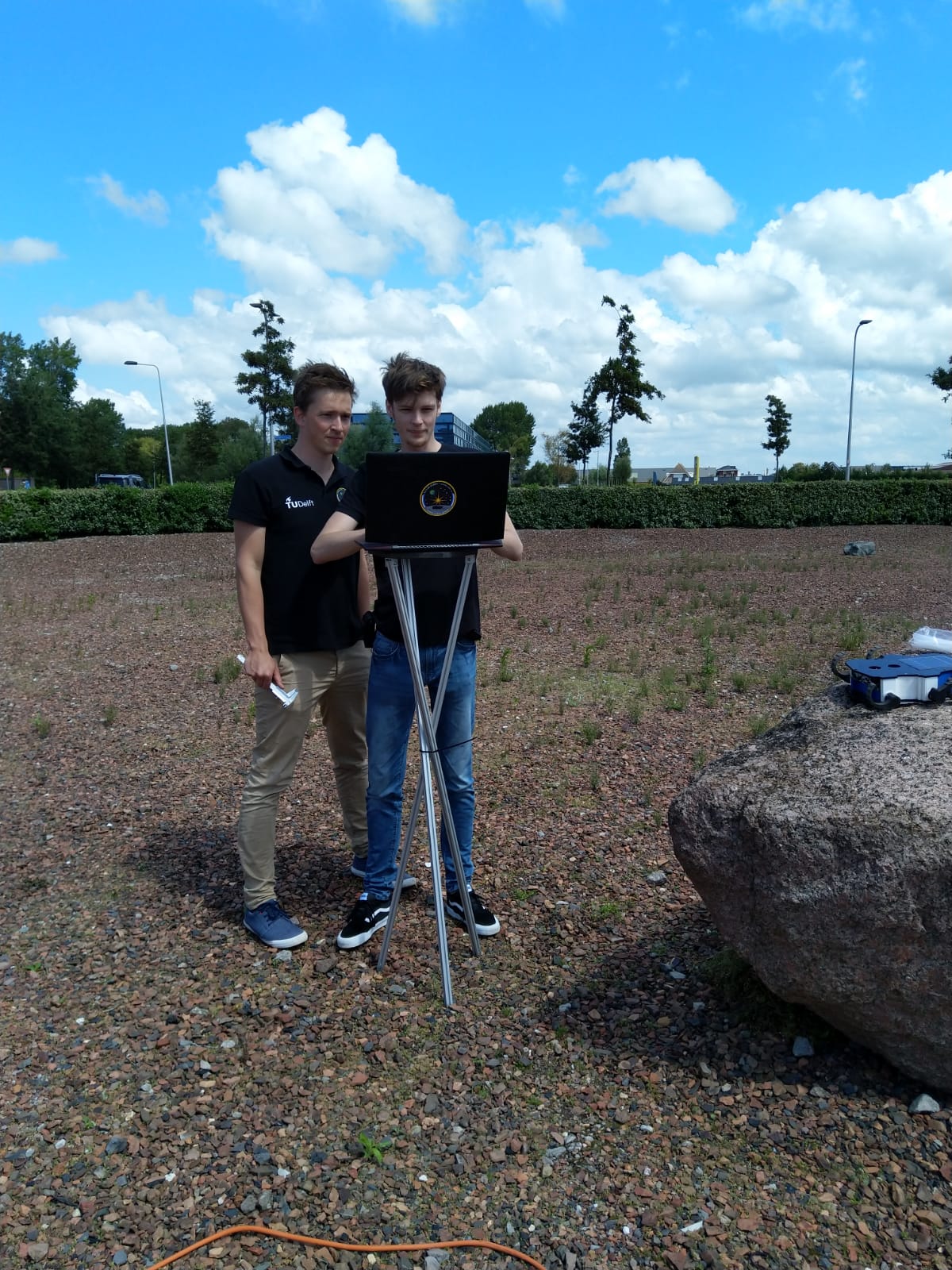 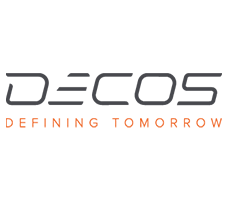 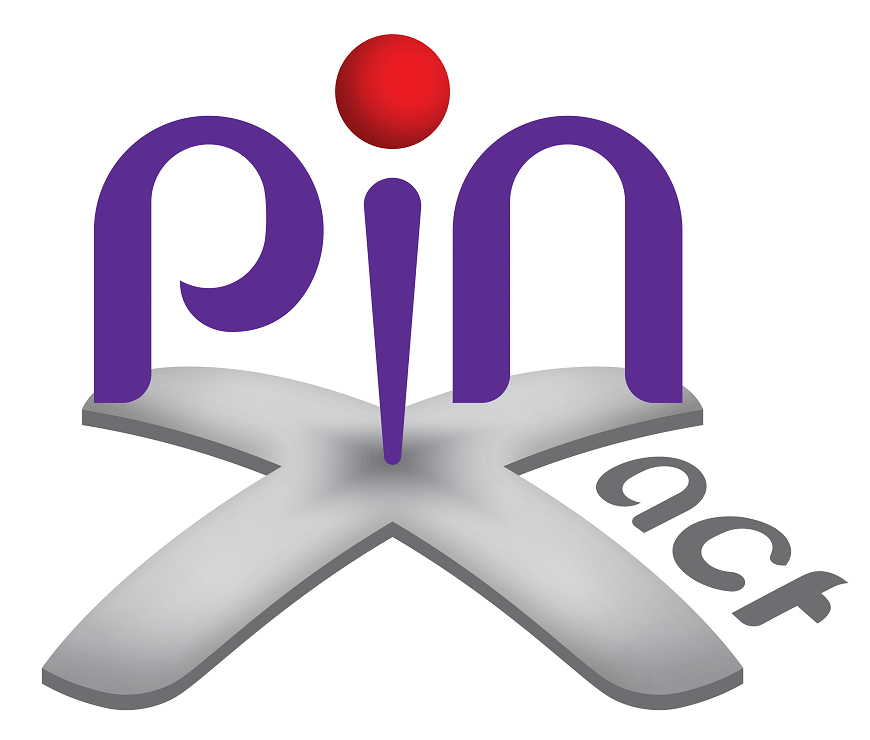