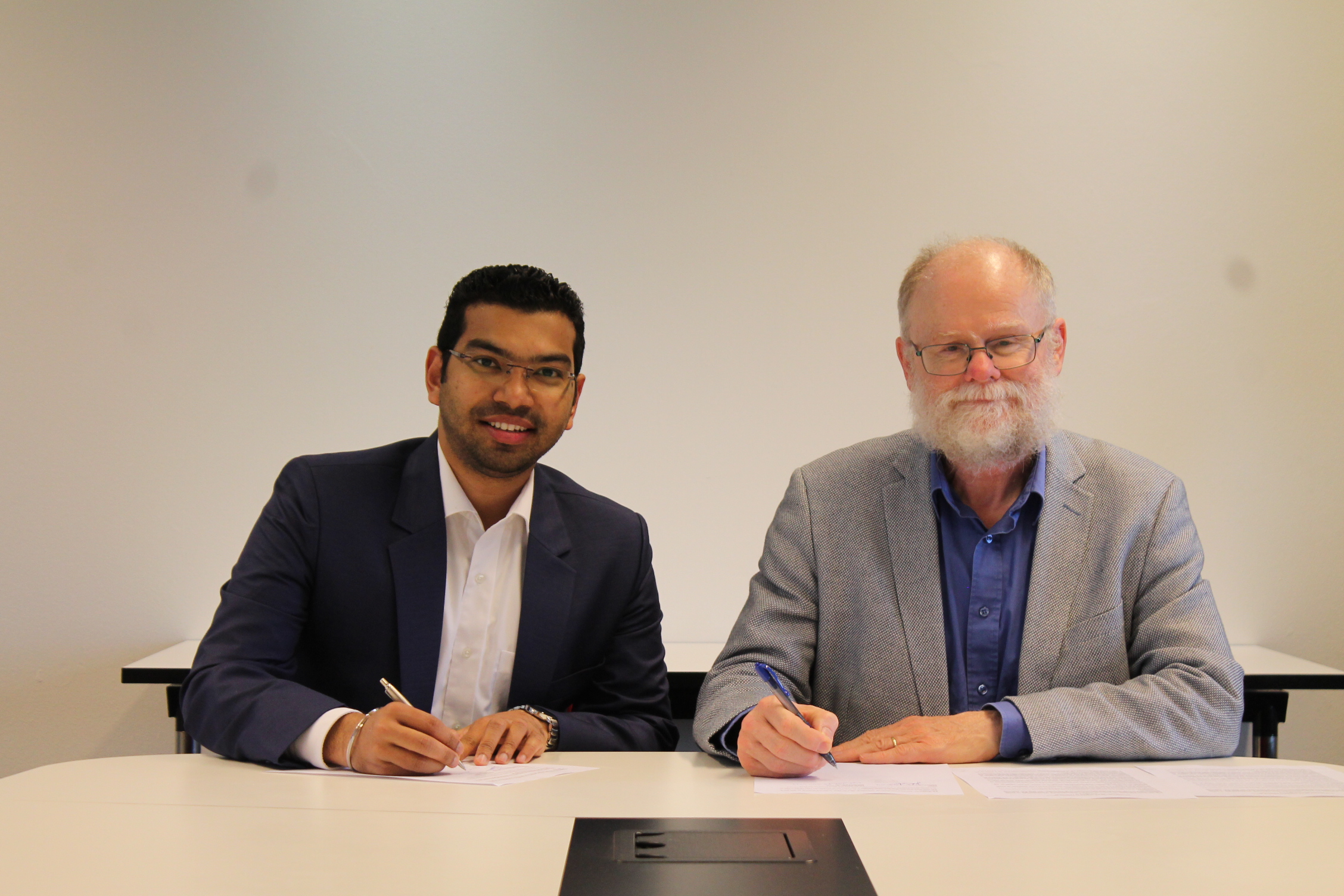 ARCEON-Novel Elements and the Lunar Zebro Project, a part of the EEMCS faculty of Delft University of Technology, have signed a Memorandum of Understanding (MOU) which will govern the cooperation between both the parties for the Lunar Zebro mission, the first Lunar rover mission by students. The MOU has been signed between Rahul Shirke, Founder & CEO of ARCEON and John Schmitz, Dean of the faculty of Electrical Engineering, Mathematics and Computer Science (EEMCS), TU Delft. The collaboration will focus on enhancing the Lunar Zebro’s design and performance by implementing innovative novel materials, in the form of an advanced ceramic matrix composite (CMC)

Announcing this partnership, Rahul Shirke said, “We are delighted to support the first student Lunar mission. The Lunar Zebro mission provides an amazing opportunity for the students to get hands-on experience and familiarise themselves with cutting-edge technology. Hence, ARCEON will engineer and manufacture advance ceramic matrix composite (CMC) parts for this mission. The complete potential of CMC is not yet unleashed, and this project allows us to prove the credibility of this novel material.” 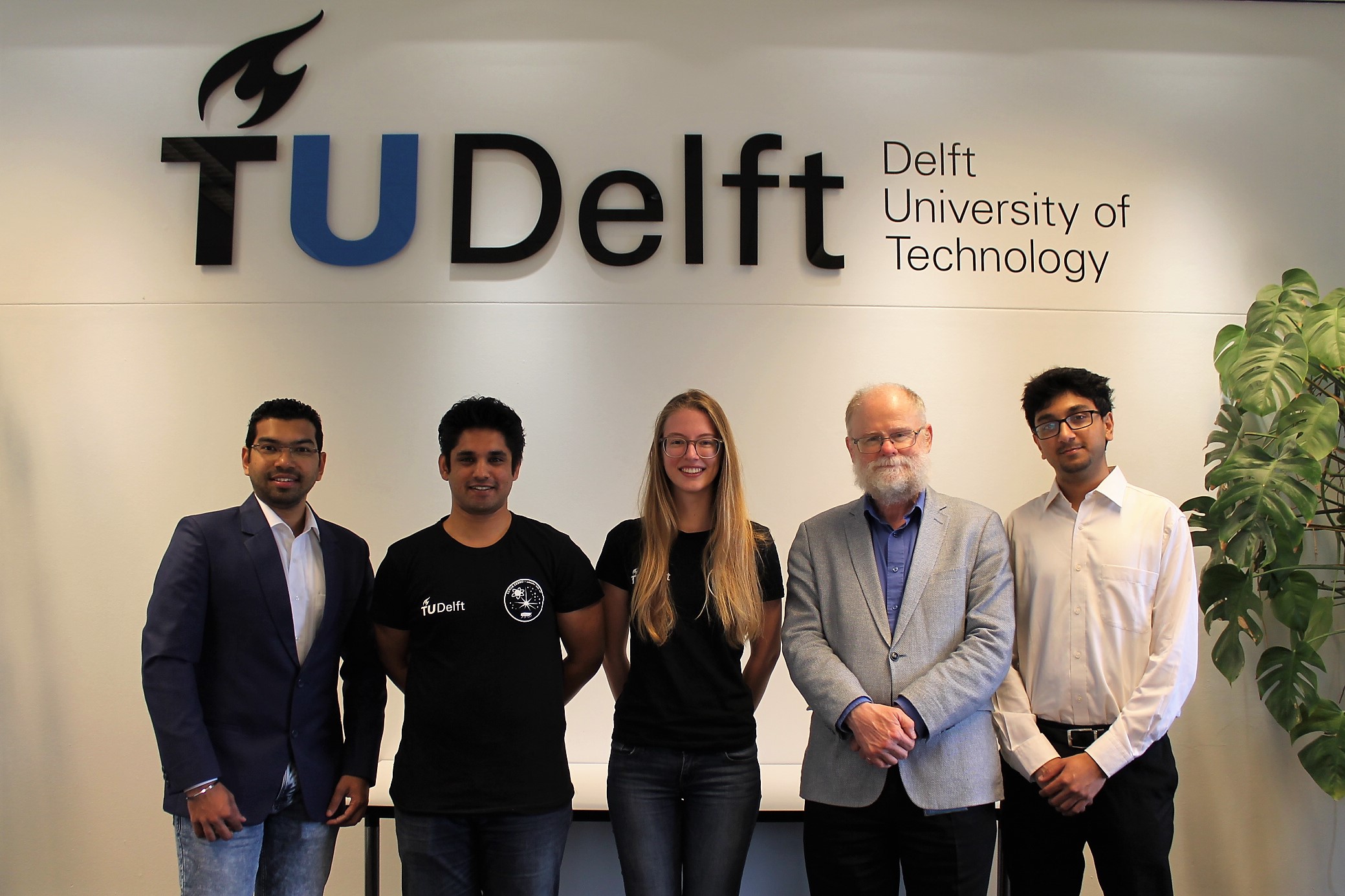 The Lunar Zebro  rover is first of its kind project for a university and hence the team has brought in simplicity via ground-breaking innovations. The rover’s hull consists of two main parts, the chassis and the bottom plate. This gives the rover a robust and easy to assemble design. The C-shaped legs are asymmetrically aligned on each side of the rover,  giving it as much stability as possible on rough terrain while keeping the rover compact. Internally, a mother board connects all subsystems to each other, reducing number of parts and harness. Attached to the solar panel, is the distinctive Antenna Deployment System (ADS), which guarantees that the antenna is always vertical to the ground, no matter the angle of the panel, so that direct communication to Earth is uninterrupted.

ARCEON will also be a part of the LEAP mission, the pre-cursor mission of the Lunar Zebro, which aims to test critical sub-systems of the Lunar Zebro rover. The LEAP instruments will be attached to ARCEON’s CMC plate, which will ensure payload stability due to extremely low co-efficient of thermal expansion and wide range of thermal stability. ARCEON believes that CMC’s have tremendous potential, not only in the aerospace but also energy, and automotive industry. The Lunar Zebro mission will prove the reliability of this material and open a vast horizon for it.

“CMC is one of the best suited materials for space applications as it offers highest environmental stability with outgassing below detection limits, near zero coefficient of thermal expansion, wide range of thermal resistance (from cryogenic to 1600 °C and above), high specific strength, corrosion resistance and, most importantly: it is 25% lighter than aluminium alloys. CMC parts are not at all influenced by moisture. Hence, no swelling will occur during assembly and transport on earth, and therefore no changes on geometry will occur after release in space. Due to the lack of polymers, CMC is also stable for long-term in space environment, which is characterised by vacuum and irradiation, and will not get brittle even at extremely low temperatures”, Bernhard Heidenreich, stated.

The Lunar Zebro project may serve as a stepping stone to more ambitious projects with current and future industry and institutional partners. The launch for the LEAP and Lunar Zebro mission is scheduled in mid-2020 and early 2022 respectively.

“Space missions are cost intensive and get a single chance to get everything right. We would like to use materials which enhances the rover’s capabilities, reduces risk and bring down overall launch cost. ARCEON’s material ticks all the right boxes “, Maneesh Kumar Verma, Team Leader & Head of Operations, Lunar Zebro Project, TU Delft, commented.

ARCEON-Novel Elements was established by Rahul Shirke and Bernhard Heidenreich in 2018. ARCEON is incubated at YES!Delft, which is one of the Europe’s top incubators. ARCEON includes scientific, engineering and business development experts in the field of innovative materials with international experience. Company’s vision is to push the boundaries of innovation by developing unique materials/structures and creating a reliable eco- system for a research-oriented concept, thus, bridging the gap between research and industry.

Started in 2017, the project aims to put the first ever rover designed and built entirely by students on the Moon by 2022. The rover will have a mass of less than 2 kg and piggyback on a lander to demonstrate its unique locomotion method and miniaturization technologies which its inherits from Delft University of Technology’s nano satellites’missions.