Total no. of hours

An analogue mission is a field activity set in a remote location with extreme characteristics that resemble the challenges of a space mission. These can be used to test the performance of new technologies destined for other planets, or put the human body through similar effects as living and working off-world, helping us learn, practice and prepare for the future. Existing analogue missions have sent crews to live in hostile environments such as deserts for several weeks, in some cases months, under the same physical, organisational, and technological restrictions that future astronauts will face. 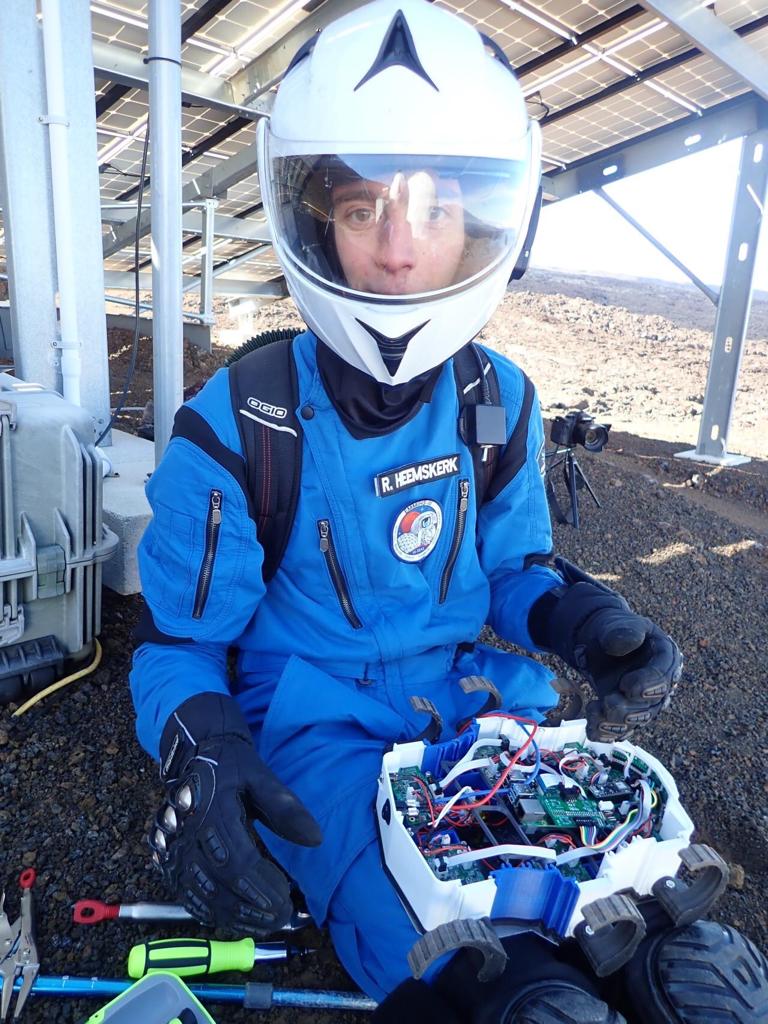 In preparation for the EMMIHS-III mission, the Lunar Zebro team visited ESA ESTEC with the terrestrial Zebro that would be going to Hawaii, along with the Lunar Zebro engineering model itself. The purpose of the visit was to review the rover handling and controls with the analogue astronaut who would be responsible of for the Zebro in Hawaii.

During the visit, we also got the chance to pass by the Mars Yard at ESA ESTEC, and even to perform an impromptu test with the Lunar Zebro on the sandy and rocky terrain. Despite being short and unplanned, this test revealed some important risks that should be taken into account during the Moon mission, such as the possibility of getting stuck on a flat rock that is just the right height for the legs to miss the ground. 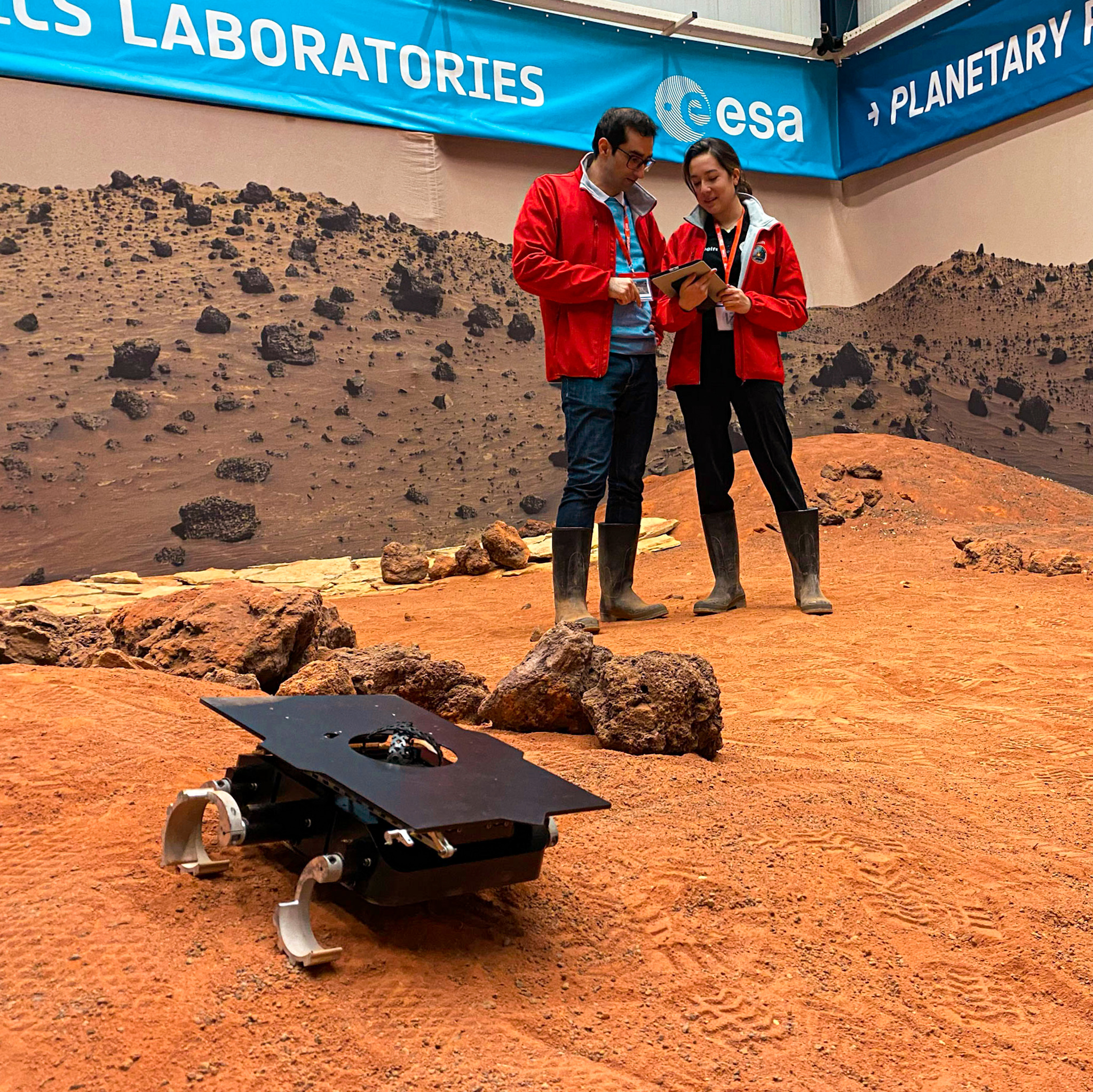 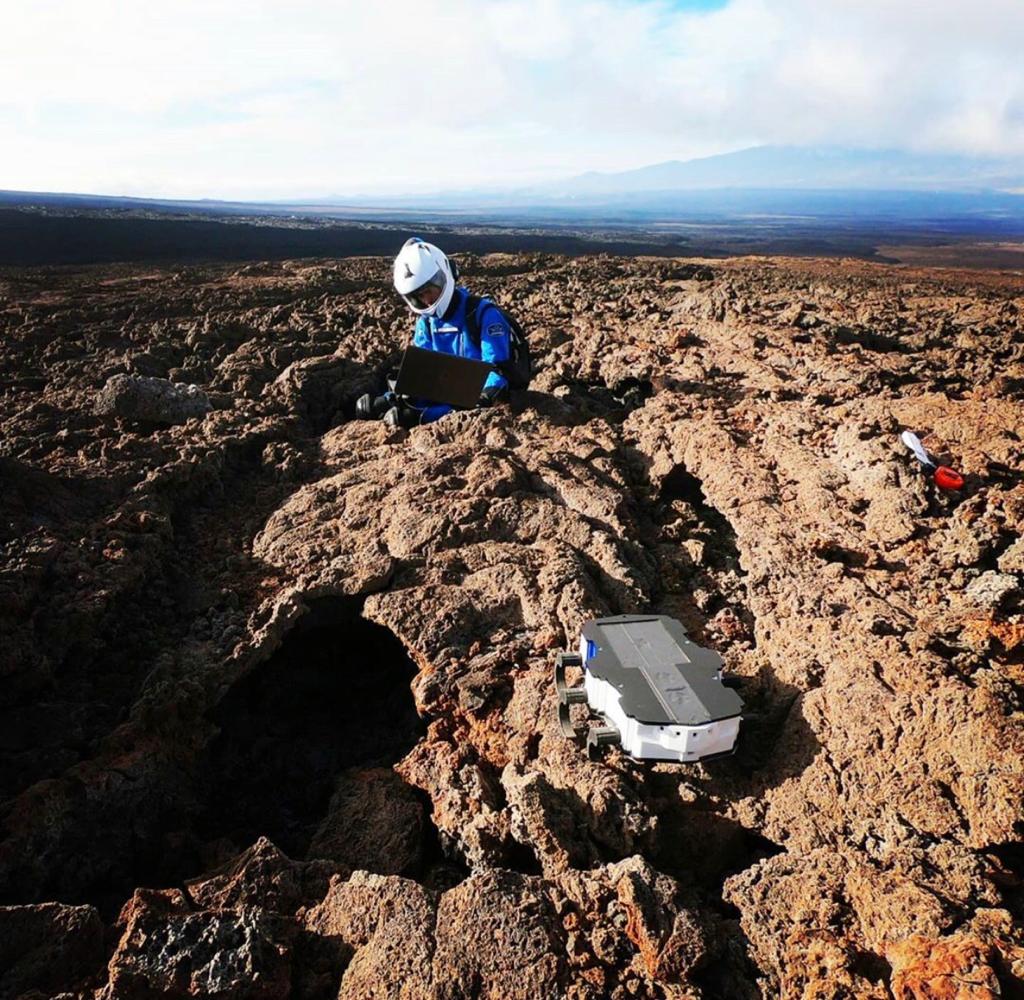 EuroMoonMars IMA HI-Seas is ESA’s EuroMoonMars and ILEWG campaigns to the International Moonbase Alliance analogue facility Hi-Seas in Hawaii. The overall focus of the EMMIHS campaign is on geological, physical, organizational, and psychological aspects of the HI-SEAS base and its direct surroundings. Individual mission goals are set to enable the studies that will allow us to explore and utilize the Moon and Mars in a safe, efficient, and inspiring way.

Lunar Zebro was one of the rovers tested in EMMIHS-III campaign. The main objective for the team was to test the leg design’s robutness over rough terrain and remote operations between Delft Ground Station and EMMIHS-III base in Hawaii.

Decos is a Dutch company, which has its headquarters located in Noordwijk. Their building looks like a meteorite that dropped on the Lunar surface; it symbolizes their dreams. They create efficient and economical solutions for their partners and for themselves. Their terrain has a grainy surface, obstacles from all sizes and craters. This is a perfect location to test the locomotion of the Zebro and to obtain visual data that will enable us to further develop the navigation software.

The rover could walk well on different kinds of grains (1 mm – 50 mm) and it could even go downwards on the steep crater walls. Going out of the crater was more difficult, it would remove the rocks under the legs and slip on the spot. Eventually, we managed to get the rover out of the crater by operating the rover manually. 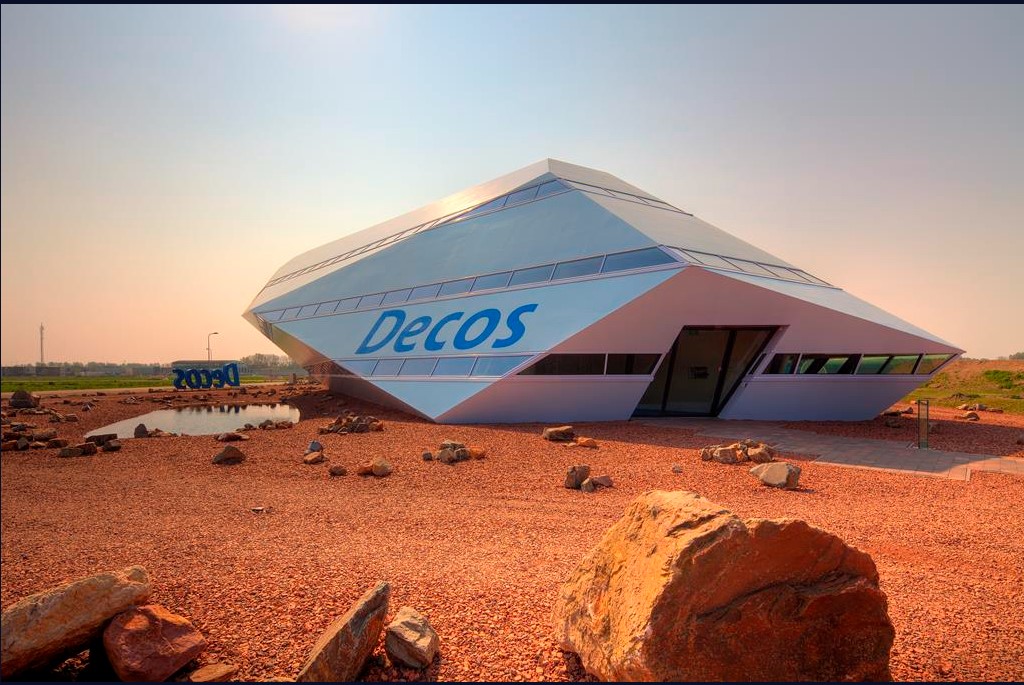 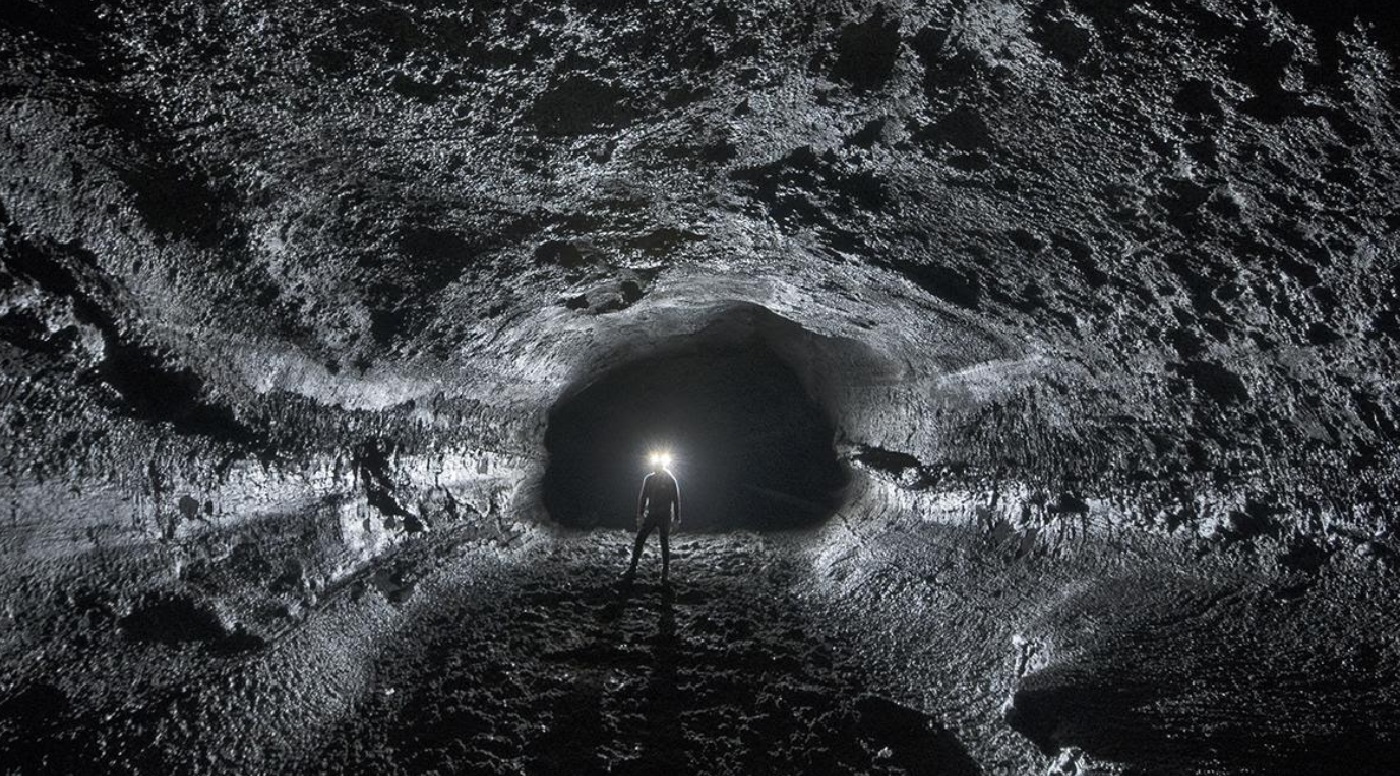 CHILL-ICE (Construction of a Habitat Inside a Lunar-Analogue Lava-tube) is a new kind of analogue astronaut mission being conducted at Iceland in partnership with EuroMoonMars initiative. It focuses on the important first hours after landing where potential emergencies and risks will be the highest for the astronauts. The analogue mission will comprise of a group of students and young professionals who will construct a lunar-analogue habitat inside a lava tube in less than 8 hours! As a preparation for semi-permanent manned missions to the lunar surface, analogue field tests on Earth will greatly improve the chance of a mission success. Looking at prospective habitat locations in or on the lunar surface, lava tubes may present an excellent opportunity in terms of safety and efficiency.

Lunar Zebro will participate in the mission as a companion to the astronauts and will help assess how the rovers can be exploited by astronauts for the exploration of the surroundings. In particular, the human-machine interface will be tested and enhanced thanks to the feedback given by the astronauts. Furthermore, increase our understanding of further challenges related to the robotics exploration of caves may be, to tackle them in future missions.

If you are in the space exploration sector, chances are high you already have heard of IGLUNA before. The project, hosted by the Space Innovation, aims to support and accelerate the [email protected] initiative which is ESA’s hub for cooperation with universities and academia/research institutions. IGLUNA’s goal is to create an analogue lunar habitat mission in which its participants can test and show off their future space exploration technologies.

This year, 13 university teams from 9 different countries take part in this mission along with Lunar Zebro. The main objective of this mission: a field campaign taking place in July 2021 on top of the over 2km high Pilatus Kulm in Switzerland. Its cold temperatures and harsh environment make it a perfect location for recreating the Lunar environment that the Zebro will have to endure and offer a great challenge. Combine that with remote operations experience and it becomes clear why our excitement is so high. 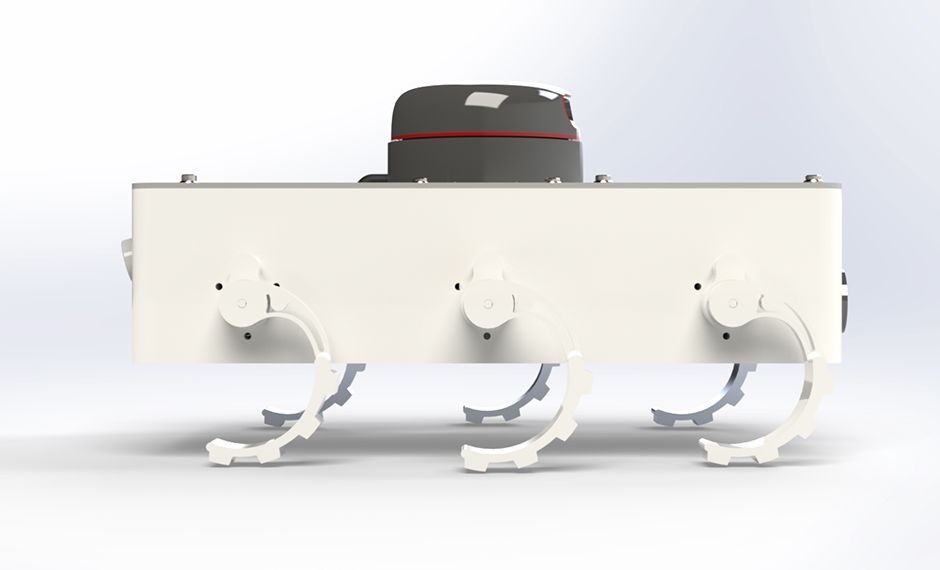 MINAR offers the opportunity to test technology for the exploration of extraterrestrial environments in general, in addition to subsurface extraterrestrial environments. Terrestrial subsurface environments pose special operational challenges in extremes such as darkness, difficulties in accessibility and the presence of dust. This makes them attractive places to test equipment function, assess performance and simulate remote operations. Cave systems on the Moon and Mars which have been observed directly using orbital imagery would provide natural access into the deep subsurface of planetary bodies.